Impact of hydropower dams on fish in the Mekong river 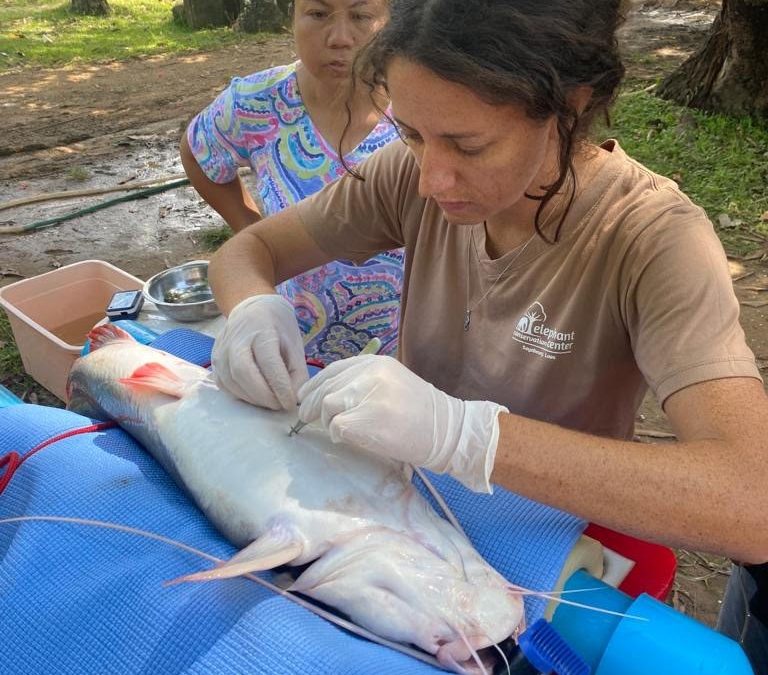 There are thought to be over 1000 species of fish in the Mekong river, many of which are considered migratory. Fish are an important source of protein and livelihoods for local communities. 40 million rural people, more than two-thirds of the rural population living in the Lower Mekong are engaged in fishing. However, in recent years, several hydropower projects have been planned or completed on the Mekong, potentially posing a threat to fish migration, biodiversity, nutrition and livelihoods.

Ausvet is working in collaboration with the Inland Fisheries group (led by Professor Lee Baumgartner and supported by Charles Sturt University), the National University of Laos and the Living Aquatic Resources Research Center to test methodologies and tagging techniques for tracking the migration of fish around the Don Sahong Hydropower Project in Southern Laos. The project is supported by the Australian Water Partnership and the Mekong River Commission.

Last month, Ausvet Senior Consultant Emma Zalcman travelled to Southern Laos to support the Lao team in inserting acoustic tags into Mekong fish around the hydropower station. The fish were released back into the river and their movements will now be tracked by several receivers. Through this process, the team hopes to learn more about the migratory patterns of Mekong species and the impacts of hydropower dams on this important resource.