Health security in the Indo-Pacific region

Ausvet senior consultant, Melanie Bannister-Tyrrell launched a landmark report on the state of health security in the Indo-Pacific region at the Global Health Security conference in Sydney in June, 2019.

It was a collaborative effort which involved several members of the Ausvet team, as well as external consultants and advisors. The entire project was completed in less than 3 months! The report was commissioned by the Australian Government Indo-Pacific Centre for Health Security and is available online.

iSIKHNAS is Indonesia’s integrated real-time information system for collecting, managing, reporting and using data to support animal health and production. iSIKHNAS is based on a bottom-up, user-focused philosophy and rapidly expanded from a small pilot to a world-class national system covering over 95% of Indonesia, and managing a highly diverse range of integrated data including routine disease reports; emergency investigation; animal movements; animal identification; drug usage; artificial insemination; abattoir slaughter statistics; animal ownership; and many others. This is achieved through the use of innovative cloud-based technology and strong stakeholder engagement. Ausvet has been providing a range of services to SERNAPESCA over many years, including a review of surveillance, biosecurity and disease response, training in risk analysis, GIS and data management, analysis of existing data. The Australian Q Fever Register has been established by Meat and Livestock Australia (MLA) to assist users to determine the Q Fever immune status of an individual, to prevent unnecessary testing, and to minimise the risk of exposing susceptible individuals to the organism in the workplace. The Register was designed, developed and was managed by Ausvet on behalf of the Australian Meat Processing Corporation for 17 years.  Ausvet operated the Australian Q Fever Register (AQFR) from 2001 to 23 March 2018. 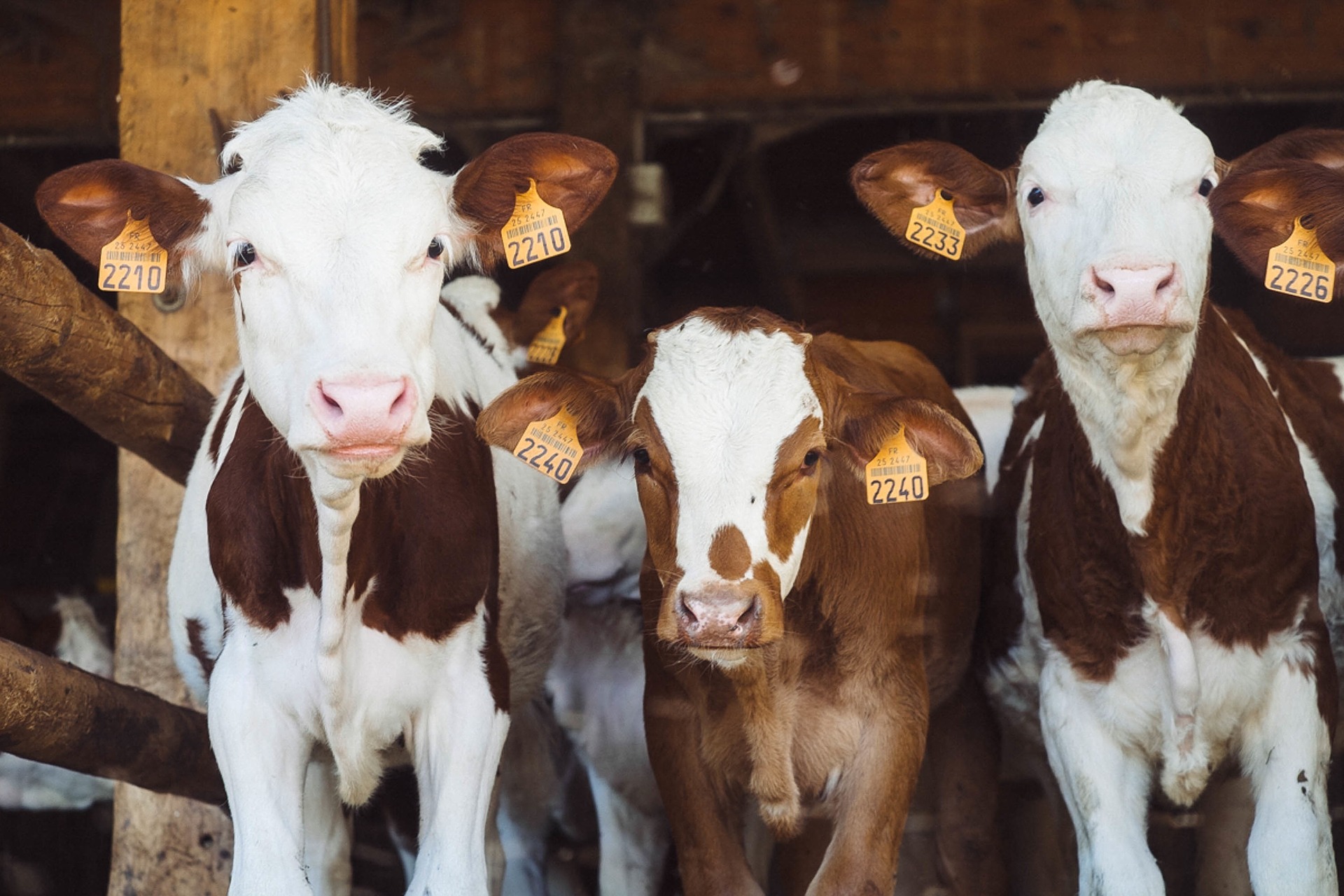 Ausvet is working with the department to develop a powerful data management system, capable of supporting the full range of field activities, as well as supporting data integration with a variety of other sources and rapid, practical epidemiological data analysis.

One component of the system is The National Arbovirus Monitoring Program is an integrated national program jointly funded by the livestock industries and governments to monitor the distribution of economically important insect-borne viruses of livestock and their vectors.

The Endemic Disease Information System or EDIS is another component, providing access to summary data collected from national endemic disease programs in Australia. It also includes a public register of properties that are currently listed with the Australian Johne’s Disease Market Assurance Program (MAP) as well as summary information about the National BJD Strategic Plan and the OJD Management Plan.

These systems were all designed and developed by Ausvet as Animal Health Australia initiatives . 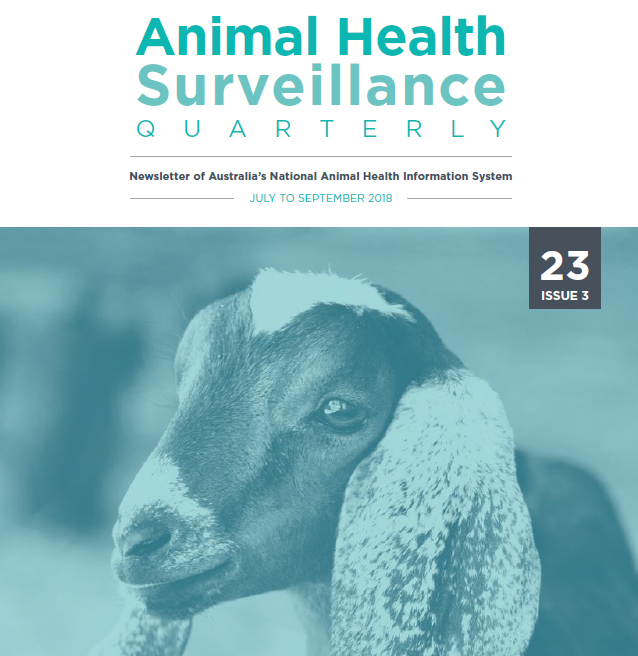 Department of Agriculture Forestry and Fisheries (2014)

This project integrated surveillance data sources across the northern jurisdictions to assess the completeness and usefulness of the integrated data, and prepare example analyses to provide increased benefit to stakeholders including producers.

Ausvet developed a plan for a pilot project to apply a bottom-up user-focused One Health approach to working in remote indigenous communities. The plan identified opportunities to dramatically improve One Health surveillance and community empowerment.

Ausvet analysed issues around the rapid establishment of containment zones around disease outbreaks, to enable a rapid return to trade for non-affected areas. This included a spatial analysis of historical OIE outbreak data, as well as theoretical consideration of the factors that influence the effectiveness of a containment zone.

Ausvet worked closely with EUFMD and the veterinary services of three North African countries to analyse data from the 2014-15 FMD outbreak, and develop surveillance plans to move towards recognition of disease freedom.

Assessment of options for registration of a koala Chlamydia vaccine.

Department of Fisheries and Oceans, Canada (2014)

Department of Agriculture Forestry and Fisheries (2015)

Angus Cameron and Evan Sergeant were amongst the first visiting scientists to be invited to work at the Danish EpiLab. Their research focused on the development and enhancement of quantitative methods for analysis of complex surveillance to demonstrate freedom from disease. The key product of this research, stochastic scenario-tree modelling, has become one of the standard tools used globally for the design and evaluation of surveillance.

Statistics Training for University of Melbourne

Department of Agriculture Forestry and Fisheries (2014)

Ausvet implemented the WAHIS, managing disease status data for all OIE member countries, based on the specifications determined by OIE. Ausvet has provided an ongoing service for the update and management of the global spatial dataset of national and first-level administrative boundaries.

This system is used by authorised representatives of members of ASEAN countries, for the purpose of sharing timely information on livestock diseases, to improve regional disease control. To ensure the integrity of the disease information managed by the system, access is restricted by password. This system was designed and implemented by Ausvet with the cooperation of the ASEAN sectoral working group on livestock, and with support from the Australian Government (AusAID), OIE (head office in Paris, regional office in Tokyo, and regional coordination unit in Bangkok) and ACIL. The system builds on and extends the functions of existing regional animal health information systems, including the OIE’s South East Asian Foot and Mouth Disease campaign and the Animal Health and Production Information System for ASEAN (AHPISA).

Ausvet has been working with CFIA to explore the application of the bottom-up surveillance design and Omnisyan integrated surveillance information management system. A series of national surveillance workshops were held followed by a pilot study using Omnisyan to support the integration and analysis of data from the British Columbia Salmon industry to quantify the confidence in freedom from disease.

The African Union Interafrican Bureau for Animal Resources (AU-IBAR) is a specialized technical office of the Department of Rural Economy and Agriculture of the African Union Commission. AU-IBAR’s mandate is to support and coordinate the utilization of livestock, fisheries and wildlife as resources for both human wellbeing and economic development in the member states of the African Union. In order to achieve its objectives, AU-IBAR requires qualitative, complete and timely animal resources information for monitoring, planning and decision making. In line with its mandate and Strategic Plan, AU-IBAR developed an information system known as the Animal Resources Information System version 2 (ARIS 2), designed by Ausvet and implemented locally. The system’s goal is to help position AU-IBAR at the continental level, the Regional Economic Communities (RECs) at the regional level and the Member States (MSs) at the local level as the core and reliable sources of comprehensive animal resources information in Africa.